When lockdown began, I started baking. I turned my bitterness at spending my 40th birthday alone into an elaborate cake version of the TARDIS from Doctor Who. I poured homemade custard into a tart that could have fed six people; I smeared strawberry jam and whipped cream into a full-sized Victoria sponge; during the listless evenings, I produced a conveyor belt of apple crumbles. I ate all of it. Sometimes, in big slices with – or in lieu of – my breakfast and morning coffee. 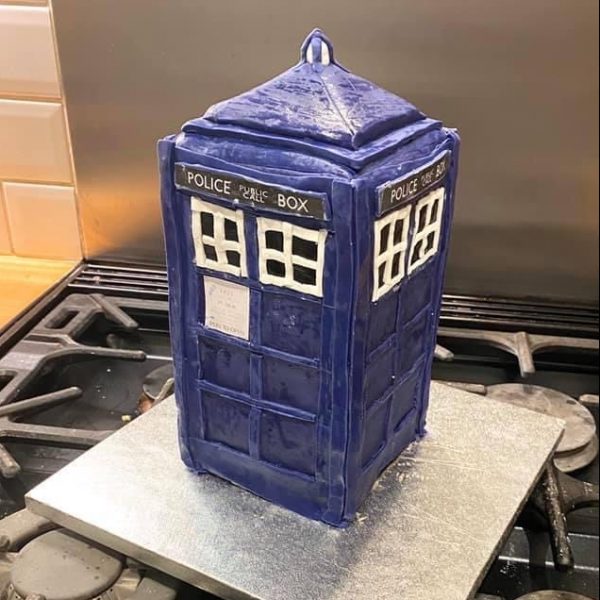 I posted endlessly filtered photos of what I’d made on Instagram, but not of the 1am gorging. My belt did increasingly heroic work as I stopped being seen by anyone else beyond a screen.

I’ve always found baking calming – the measuring, stirring and combining helps my transition out of work mode. At times, last year, before ‘bubbles’ and outdoor socialising, it was a sensory solace when the alternative was dutifully taking my millionth walk around the park near my flat in Brighton. The clutter of pans and disorganised ingredients livened up my day. A parade of cooling cakes gave me a pleasing buzz. I don’t have the patience for the science experiment of sourdough. ‘Feeding’ a starter just sounded too parental.

However, as much as I enjoyed trying out new recipes (and eating them), it was accompanied by a vague sense of guilt. I’d scroll mechanically through profile photos on the gay dating app Grindr, staring at washboard abs, while making biscuits. 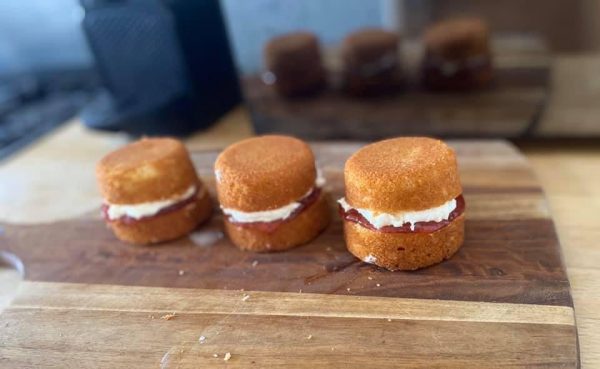 I’d raise an eyebrow at the gym-built Instagram gays clutching a slice of pizza and complaining about feeling ‘fat’ while the drooling emojis and ‘likes’ multiplied in the comments section. I’d complain – scornfully and out loud – to myself about the body fascism and ageism of the gay community. After that, I’d probably order another piece of home gym equipment and post a selfie from a flattering angle.

I’ve sucked my stomach in for so long, I do it without thinking now. And even with no one to see me in lockdown, that didn’t stop. I’d try on clothes no one else was going to see and scrutinise my silhouette. Sometimes, I’d grab the flab and try to work out how long it would be until I’d need new trousers. I’d look back at photos of my trip to New York in 2019 for the 50th anniversary of the Stonewall riots. I’d wonder if one reason I’d enjoyed myself was because, in preparation, I’d dragged myself to the gym until I was thin.

‘Thin’. ‘Thinner’. ‘Fat’. Bodies are real but the language around them is subjective and usually uncomfortable. It’s difficult, even at the best of times, to avoid finding yourself trapped in a funhouse mirror of self-reflection. I know that I didn’t think I was thin in 2019, just as I know that my friends and family would roll their eyes at my suggestion that I was overweight during lockdown. Being stuck in my flat during the UK’s endless tiers of restrictions amplified my knotty narcissism and my frankly tiresome anxieties about turning 40 by making me the only full-sized image I saw on a daily basis. 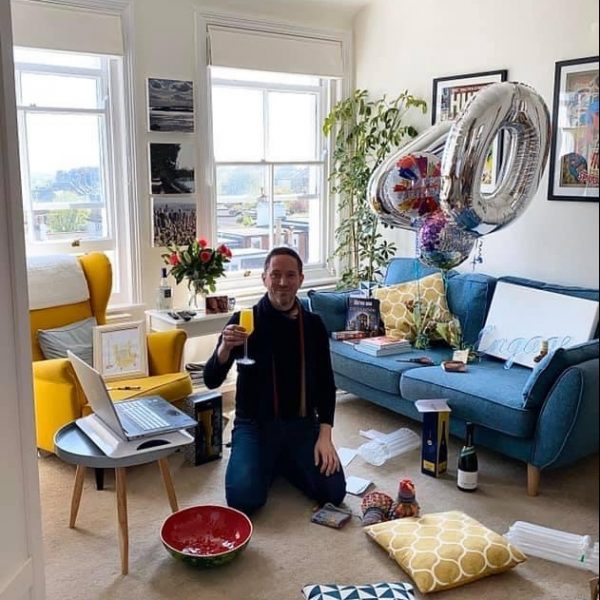 But that’s the flipside of why baking has been such a rush. At the same time that I’ve agonised over how it’s changed my shape, in that nasty little space between actuality and masochism, it’s been a mindful, calming thing to do during a period of perpetual uncertainty. It’s also felt like a rebellion against carb-counting or the literal treadmill of the then-closed gyms. That’s a slippery comparison in a situation in which I’m certainly partially complicit. Nevertheless, it has let me breathe out and loosen my jeans a bit over the past year.

As we start to re-enter society, with everything that entails, I feel myself grabbing back my old anxieties, as I wipe my finger around the latest mixing bowl and read Facebook posts by people rhapsodising about being back in the gym. At 41, will I measure up? In fact, do I measure ‘too much’ now? I know, of course, that this is ridiculous. There’s nothing wrong with wanting to keep fit. In any case, my reaction simply buys into the problematic media culture around gay male body image that I like to complain about to any poor friends who aren’t quick enough to escape. But stubbornly, still, I can’t silence that insidious little voice in my head saying: ‘have a salad or else’.

Tom Wicker (@TomWicker) is a freelance writer and editor, who has has written for the Guardian, Time Out, The Stage, The Daily Telegraph, Gay Times and Exeunt Magazine.