Whatever happened to Eleanor was bad. So bad that it left a scar covering half her face.

So bad that it explains why she has no friends and lives a reclusive life [1].

Eleanor Oliphant is Completely Fine, by Gail Honeyman, was one of the most successful novels of 2017, and winner of the Costa Debut Novel Award. It has at its core the story of a woman who is lonely and, not coincidentally, living with facial difference.

‘It doesn’t bother me at all when people react to my face,’ Eleanor says, ‘to the ridged, white contours of scar tissue that slither across my right cheek, starting at my temple and running all the way to the chin’. Yet this facial difference, as the reviewer for the Washington Independent Review of Books noted, helped explain the character’s separation from others, her ‘reclusive’ and isolated existence.

The relationship between facial difference and loneliness is no mere fiction. Loneliness is reported in over 50% of people with disabilities according to the organisation Sense [2]. Some forms of facial difference (under the problematic term ‘disfigurement’) is included within disability as a protected characteristic in anti-discrimination legislation [3].

And people with facial difference are especially vulnerable to loneliness, stemming from self-esteem problems as well as alienation and mistreatment by others. Indeed, some 50% of people without identified disabilities, Sense notes, that they have nothing in common with those with disabilities, while 26% would avoid a conversation with someone who was visibly disabled. 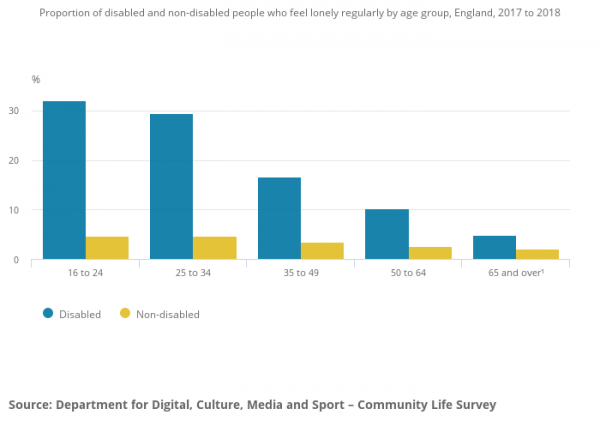 I’ve worked on the histories of emotion and the body for the past two decades, but it is only over the last five that my areas of focus have been facial difference and loneliness, and increasingly, their neglected interconnections. Face Equality Week took place between 18-22 May this year, and the project I lead at the University of York, AboutFace (which explores the cultural and emotional history of facial difference and transplantation), published a series of blogs dealing with the social challenges of looking different [4].

Inevitably, those challenges have been affected by the current pandemic of Coronavirus. One of those contributors, the actor Adam Pearson, wrote about the welcome break from mockery brought by lockdown: ‘

for many a return to ‘reality’ is a return to a world that is rife with hostility, mockery and anxiety.

The specific challenges for people with disabilities are often neglected in discussions of loneliness, along with the differential impacts of other health crises, a point noted recently by the Guardian columnist Frances Ryan [5]. In my most recent book A Biography of Loneliness, I suggest that loneliness affects people with specific, pre-existing inequalities in ways that have not received sufficient media or political attention [6]. 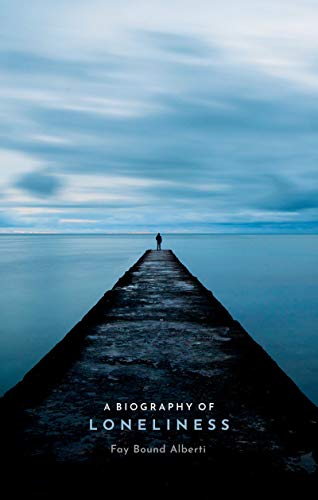 Mental illness is often considered in relation to loneliness; less so in the case of physical difference. And of all the issues that might be responsible for unwanted loneliness (which I have distinguished between ‘structural’ and ‘existential’, the former being a product of imposed physical circumstance, the latter a sense of emotional disconnect, though of course the two can overlap), social exclusion is seldom addressed. It is, however, a common cause of loneliness among people with a visible difference. 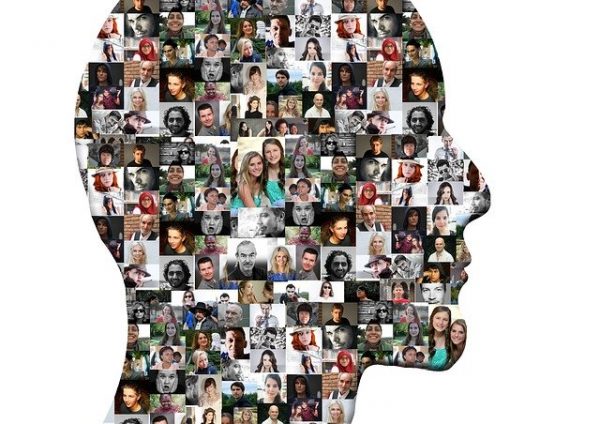 Cosmetic surgery in particular (as distinct from plastic and reconstructive surgery, though the boundaries between the two can be fluid) has historically been presented as a solution to psychological and social disconnect. The presumption has been that ‘looking better’ equates to ‘better mental health’.

One instance of this equation can be seen in the history of breast ‘enhancement’. Once small breasted-ness was perceived as a pathology and a psychological ‘problem’ that produced depression and social alienation, silicone breast implants became a viable and ‘necessary’ solution to ensure emotional and social acceptance [7].

This problematic association between physical appearance, emotional health and social inclusion is a long-standing one, as seen by popular articles like ’10 benefits of being attractive according to science’ [8]. It is also reinforced by evolutionary approaches that suggest there is something ‘natural’ and inevitable about being ‘creeped out’ by people who look different;[9] that people are ‘naturally’ not only more inclusive of ‘attractive’ people but also wired to be repelled by difference [10].

Historians of facial difference have successful debunked this claim. Patricia Skinner’s work on medieval society dismisses the universality of disgust as a response to facial difference (though being ‘laughed at’ or ridiculed, which was much more common, was damaging in a culture that valued ‘honor and face’) [11].

Valuing the face as a specific index of selfhood and identity is not restricted to the pre-modern world. And it is not necessary to agree with Paul Ekman on the universality of facial expression to appreciate that the face has historically played an important social and communicative function [12]. 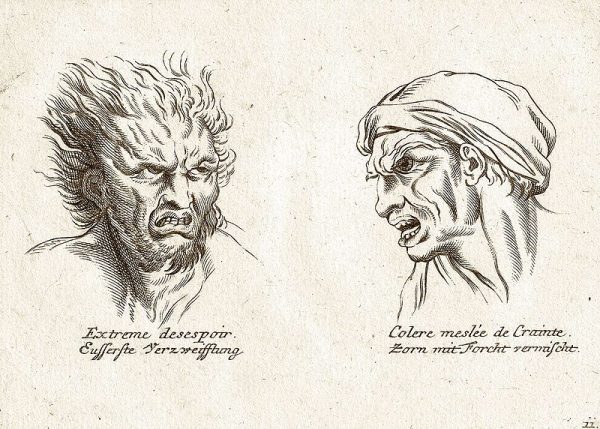 Sharrona Pearl has written about the emergence of physiognomy as a way of valuing the face, as well as the current social unease around the wearing of masks when expression, recognition and so many other values placed on the face are unworkable in certain contexts [13]. That this is not the first time face coverings have been an issue, as shown by debates about the veil, is explored in my current research. From museum websites asking ‘What did the Vikings look like?’ to modern facial recognition,[14] what people look like is a staple of social and legal currency, even without an increasing 21st-century focus on appearance in online and offline relationships [15].

Through analysis of historical sources, combined with oral testimonies, it is possible to evaluate the evolving importance of the face in psychological and social acceptance, and the forms of loneliness that have been socially, and medically, attributed to facial difference.

From the 1920s, when UK-based surgeons developed innovative techniques and approaches to repairing soldiers’ faces, a patient’s psychological pain and social isolation were recognised by surgeons like Harold Gillies and Archibald McIndoe. Helping those facially injured – the ‘Loneliest of all Tommies’ [16] – back into a judging society was part of the process of rehabilitation.

Paradoxically, despite the differences that pertain to civilian cultures (and the rise of appearance-related mental health problems around the ‘selfie’) [17], there has been less analysis of the hazards and specificities of loneliness in relation to late 20th– and early 21st– century facial difference. However, psychological rehabilitation, and techniques to prevent social withdrawal, are still seen as key to recovery.

A key strand of the AboutFace work examines these historical relationships between facial difference, loneliness and social connection between the 1950s and the present. This includes analysis of the specific challenges for people with facial differences raised by COVID-19.

Together with Kathleen Bogart, Associate Professor of Psychology and Director of the Disability and Social Interaction Lab at Oregon State University, who studies stigma and social support related to facial palsy and other facial differences,  we are uncovering oral testimonies of loneliness and facial difference during COVID-19. This work aims to reveal,  through a mixed methods approach that includes historical and linguistic analyses alongside oral history interviews and questionnaires, the role of loneliness in relation to family histories, embodied experience and the senses, all themes that tend to be ignored by a focus on loneliness as a ‘mental health problem’ [18].

This is important because the history of loneliness as an concept and experience needs to be analysed alongside the histories of lived ‘experience’, however problematic the term [19], and include differentially experiencing bodies, as well as language.

After all, the history of loneliness does not only concern individual psyches, but also the evolving relationships between individuals and society, including the practices of inclusion and exclusion that connect with disability and difference.

[3] For a discussion of the language of disability in relation to facial difference, see: https://www.changingfaces.org.uk/campaign/where-is-disfigurement accessed 1 March 2019.

[4] The AboutFace website is currently being redesigned, and will be available at: https://aboutfaceyork.com/blog/

[5] Frances Ryan, ‘Coronavirus has made it even easier to forget about disabled people’, The Guardian, 29 April, 2020.

[6] Fay Bound Alberti, A Biography of Loneliness: the history of an emotion (Oxford University Press, 2019).

[7] Fay Bound Alberti, ‘From Paraffin to PIP: The surgical search for the perfect breast’, in Mark Jackson (ed.), The Routledge History of Disease (London: Routledge 2016), chapter 19).

[8] Sophia Mitrokostas, ’10 benefits of being attractive, according to science’, Insider, 7 December 2018.

[12] Paul Ekman, ‘Universality of emotional expression? A personal history of the dispute’, afterword to Charles Darwin, The expression of the emotions in man and animals, 3rd edition (Oxford: Oxford University Press, 1998).

[13] Sharrona Pearl, About faces: physiognomy in nineteenth-century Britain (Harvard University Press, 2010) and  ‘The reason we’re so uncomfortable wearing masks: what physiognomy tells us about face coverings amid the coronavirus’, Washington Post, 7 May 2020.

[14] https://en.natmus.dk/historical-knowledge/denmark/prehistoric-period-until-1050-ad/the-viking-age/the-people/appearance/ and Fay Bound Alberti, ‘Facial recognition technology, history and the meanings of the face’, Foundation for Science and Technology blog, 17 February 2020.

[15] B. Koronczai et al, ‘The mediating effect of self-esteem, depression and anxiety between satisfaction with body appearance and problematic internet use’, The American Journal of Drug and Alcohol Abuse, 39 (2013), pp. 259-265.

[18] See the definition at Mind: https://www.mind.org.uk/information-support/tips-for-everyday-living/loneliness/about-loneliness/ I explore this theme more fully in my TED talk, given in July 2019: https://www.ted.com/talks/fay_bound_alberti_a_historical_journey_through_loneliness

Fay Bound Alberti (@fboundalberti) is a UKRI Future Leader Fellow at the University of York. Her most recent book is A Biography of Loneliness (2019). 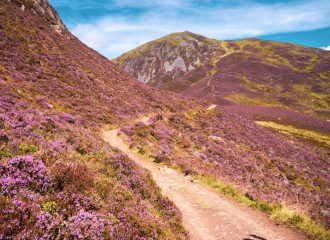 We explore nature, in the Cairngorms and beyond, in our latest post, as Di Beddow introduces us to the mountain landscapes of Nan Shepherd's writing and suggests how nature might enhance and sweeten solitude. 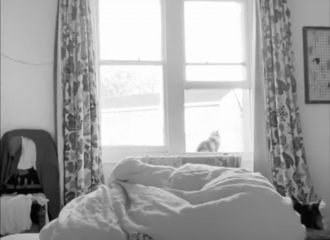 Anna Harpin and Susie Riddell from theatre company Idiot Child explore experiences of lockdown solitude in this short film created for our project. 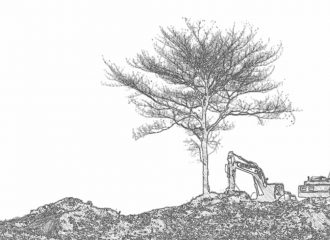 The Homes That People Make For Each Other

In this post, Nisha Ramayya shares some of the things that have made lockdown feel less lonely and helped her to consider loneliness differently.
View all
We use cookies to improve your experience of our website. If you continue to use this site we will assume that you are happy with us doing so. Find out more about our policyAgree