Prisons are grey, colourless places. They are designed to facilitate the management and control of incarcerated populations. The Security Housing Unit [SHU] in California’s Pelican Bay State Prison is an especially intense site of sensory and social deprivation. Prisoners are isolated 22.5 hours a day in a windowless concrete box that both separates them from others and exposes them to regular interruptions for “count,” unannounced cell inspections, and the booming noise of other prisoners.

Many prisoners in extreme isolation come undone. “It’s like time broke,” says one prisoner in the Pelican Bay SHU. “You live the same life over and over”; “I don’t remember what my house looked like, what my sister looks like”. Jeremy Pinson, a prisoner at a federal supermax in Colorado, writes, “The silence can drive you crazy. Makes you feel as if the world has ended but you somehow survived and are trapped”. Jack Powers, incarcerated at the same prison, writes, “The world outside is like another planet…I feel like I am trapped within a disease”. [Haney, p.64, 69; cited in Greene.]

Donny Johnson survived more than twenty years in the Pelican Bay SHU. In the world-destroying space of the supermax prison cell, he managed to create a world of vibrant colour, form, and meaning through painting.

Deprived of art supplies, Johnson crafted a paintbrush using his own hair, wrapped around the plastic barrel of a prison-issued pen and anchored in place with discarded mustard packets. For paint, he used the pigment from M&Ms and Skittles that he purchased from the prison commissary, adding a few drops of tap water and swirling the candies around with his paintbrush. This ritual of drawing colour from food, then using this colour to explore and express the mythic dimensions of his own emotional life, opened up a space of freedom for Johnson, even in a situation of extreme isolation and control.

In an essay on his artistic practice, Johnson writes, “Art has dramatically changed my life and widened my scope. I see more, feel more, and so more than I’ve ever done before since I started splashing these colours around… For me, art could be called redemption. I’ve never felt so whole, loved, and creative as I have this last couple of years.” [Johnson n.d, pp. 8-9.]

In my book on solitary confinement, I argue that extreme isolation in prison is a form of violence against the relational structure of Being-in-the-world. I engage with the testimony of prisoners such as Jack Henry Abbott, who condemns solitary confinement as a form of “civil death” that could “alter the ontological makeup of a stone”. According to Abbott, “If you are in that cell for weeks that add up to months, you do not ignore all this and live “with it”; you enter it and become a part of it.” [Abbott, pp.114, 45, 29.]

So how is it that some prisoners are able to find redemption – either through art, or in other ways – in extreme isolation? Does Donny Johnson’s experience suggest that, in some cases at least, solitary confinement is therapeutic? I don’t think so. In my view, the creative expression of both Johnson and Abbott does not diminish the violence of forced isolation, but rather attests to the possibility of sustaining a meaningful sense of relationality, even in institutions that are designed to break people apart at the hinges.

In a series of letters to his pen pal, Steve Kurtz, Johnson describes his artistic practice as a struggle for survival:

When you’re buried alive you dig for your life. Digging where you delve in solitary confinement, into the unconscious, I found a pool of mythic images and painted them with my own DNA. [Johnson 2008, p.1.]

In his letters, Johnson states very clearly that this capacity for self-expression comes at a cost: “I have completely lost tactile touch with the larger world as I languish in solitary confinement for decades and my work compensates for that human need for contact.” [Johnson 2006, p.3.]

He describes the barriers he had to overcome, in a way that recalls Abbott’s own account of the fusion between prisoner and cell:

One wears the mask of hardness as a rule in the prison milieu as a means of survival. At some point, you inevitably become that visage of stone. My art is chipping away at that marble to release the prisoner from the stone. [Johnson 2006, p.2.]

What releases the prisoner from this stone? For Johnson, it is not just the artwork itself, understood as a final product, but the whole process of opening a space for creative self-expression: “The ritual aspect of cleaning the work area, mixing the colours, doing the base, and laying out the brushes and water in milk cartons or rinsing and getting started, prepares the unconscious to unfold in art… At first, I fidget or my leg falls asleep and I shift around. Then I fall completely into the work and timelessness sets in and I’m in that scale world [of the unfolding artwork] and espying it simultaneously.” [Johnson 2006, p.2.]

Johnson’s account of both feeling absorbed in a process and reflecting on this process as it unfolds recalls a scene in Jacobo Timerman’s memoir, Prisoner without a Name, Cell without a Number, where Timerman describes his ritualistic practice of “moving a hand or leg and observing the movement, fixedly, in order to experience some sense of mobility” and to deepen his own self-relation in a space that threatened to sever his physical and emotional Being-in-the-world. [Timerman, p.35.]

In her reading of Timerman’s memoir, Laura Doyle suggests that the practice of watching himself move “fascinates him exactly because of the way it slips like a bike pedal on a loose chain – it stretches him across the “hiatus” of being, and in that stretching and slipping affirms an opening, a space for enactment, a condition of anticipation. A doubling and a future.” [Doyle, pp.190-1]

I go into a timeless zone on pieces like a hypnotic trance… I sometimes don’t hear the guard walking by the cell for count.

On the other hand, this timeless zone opens a different relation to the future, or to what Johnson calls “the seeds of growth and potential.” [Johnson n.d, p.8; Johnson n.d, p.5.]

By following the call of an emerging form in his painting, Johnson is able to make himself vulnerable in a way that does not make him unsafe; he can let the prison mask of hardness fall without exposing himself to violence. In Johnson’s own words, “Colour stimulates its own dynamic as I work… [T]he surface coming into form calls for a certain colour to make it right… You have to struggle and let go of an idea to reach its essence… In a way, I’m creating a world and its constituent parts must fit.” [Johnson 2006, p.1.]

By painting, Johnson deepens his own self-relation in a space that systematically undermines the relational structure of personhood. But this practice also helps him to sustain relationships with absent others: “Without the sustaining love of my Mom and [his pen pal] Steve, I don’t know if art would have happened to me.” [Johnson n.d, pp.7-8.]

Award-winning British filmmaker Mike Dibb has made a documentary about Donny Johnson’s artistic practice and his relationships with family and pen pal Steve Kurtz. The film is in post-production, which has stalled pending further funding. If this film sees the light of day, then the public will have a chance to learn more about Johnson’s remarkable journey to self-expression, even in the extreme isolation of a supermax prison cell.

Abbott, Jack Henry. 1991. In the Belly of the Beast: Letters from Prison. Introduction by Norman Mailer. New York: Vintage Books.

Greene, Susan. 2017. “The Gray Box: The Inhumanity of Solitary Confinement,” The Colorado Independent (Sept. 25). Accessed on Oct. 12, 2019 at https://www.coloradoindependent.com/2017/09/25/colorado-solitary-confinement-gray-box-isolation/

Johnson, Donny. n.d. “Art came late in my life.” Unpublished, cited with permission of the author.

Lisa Guenther is Queen’s National Scholar at Queen’s University Canada. She has published widely on the politics and philosophy of carceral spaces. 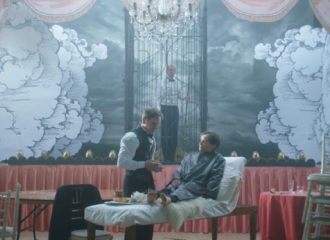 Research network member Fay Bound Alberti contributes the second guest post to our blog, considering how we might understand embodied loneliness via the body and its place in the material world. 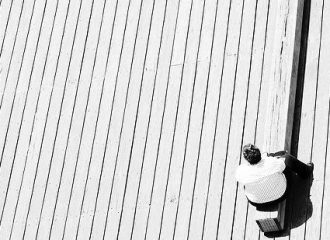 Loneliness: the Making of a Modern Panic

Our first guest post comes from research network member David Vincent, who explores how we might better consider the concept and experience of loneliness in the UK since the early 20th century. 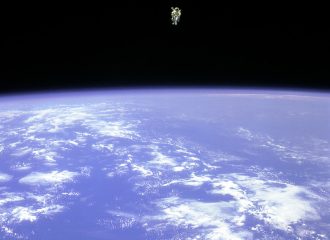 A Cinema of Cosmic Emptiness

In our fourth guest post on this blog, research network member Nick Jones takes us on a journey through outer space to find the solitary figures of cinema.
View all
We use cookies to improve your experience of our website. If you continue to use this site we will assume that you are happy with us doing so. Find out more about our policyAgree