On Friday 13th March 2020, I went to the East Gate on Mile End Road to join my colleagues and comrades on the picket line outside Queen Mary, University of London. We handed out flyers to students and curious passers-by blaring ‘Don’t Let Senior Management Fool You!’ ‘QMUCU Says Enough to Institutional Racism!’ In raincoats, our pockets stuffed with shareable snacks, some of us walked up to St Benet’s Chaplaincy to attend a teach-out organised by Decolonise QMUL on ‘Who gets to be called a philosopher?’ and listened to brilliant presentations on black radical thinkers like Frantz Fanon and Sylvia Wynter. 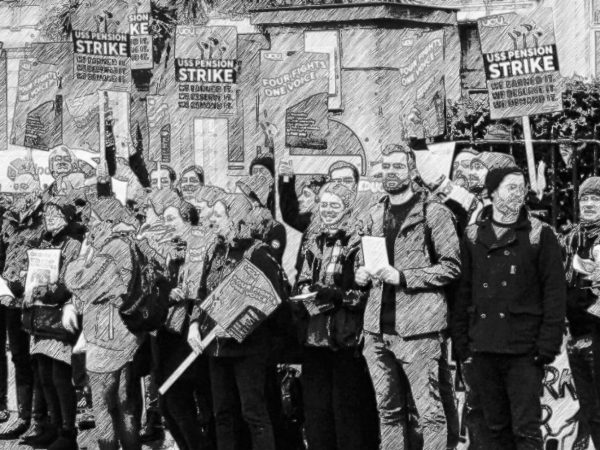 We felt thrilled by the possibilities of students and staff collaborating on anti-racist pedagogy and swapped WhatsApp contact details to chat about future plans.

Some of us walked back down the road to The Cherry for an Extraordinary General Meeting. UCU members filled the pub – professors, staff on precarious contracts, union reps – discussing the industrial action. Many members attended remotely, by phone or social media, because they’d already started shielding, and we discussed this too. Although the strike was to continue for another week, it was decided unanimously to move to online picketing and, further, to demand management cancel face-to-face teaching immediately.

Some of us stayed at the pub after the meeting; some of us didn’t want to leave. It was the best and most melancholy UCU meeting I’ve ever attended. We knew that everything was about to change, felt scared, angry, and desperate. Yet a sense of elation infused every motion, that ritual of raising hands and looking around to note the hands raised – we felt good about having good colleagues, about having comrades at work, about having consensus, just for the moment of the motion! 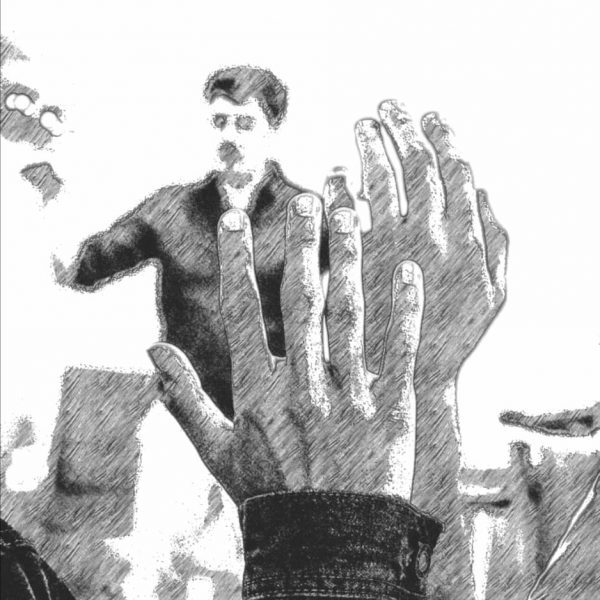 The fact that we might have little else in common – socially, politically, intellectually – couldn’t have mattered less, in that moment; a moment we knew to be impossible even as we raised our hands, even as we counted the ‘ayes’ on What’s App. We went home or onto the next place.

Ten days later the Prime Minister gave a statement: ‘I urge you at this moment of national emergency to stay at home, protect our NHS and save lives.’ I haven’t met most of those colleague-comrades since, nor have I forgotten how it felt to be together on that last day of the physical pickets, that last evening in the pub, that journey home on my own.

In April, writer and activist Wail Qasim shared a blog post about the politics of households:

This house is built not on love or trust or choosing to share a life together but the economics of living in our society.

Qasim goes on to consider the households that are not chosen – the rented rooms, the intergenerational family home, the hostel, shack, streets. These houses

fall in order from above with little room for choice from below. These are capital’s houses, not ours. Instead we have the only choice we ever could make – to live or die together. 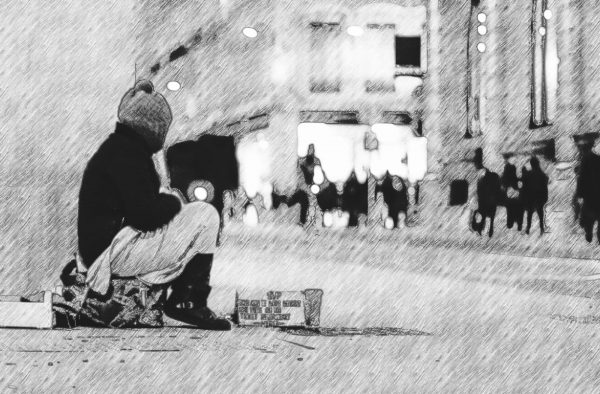 Or for women in abusive relationships, queer kids with hateful parents, renters living with strangers. Or for anyone else the state does not think about or deem worthy of thought. Those people who are without homes or without households, according to the state’s narrow definitions, are illegible and therefore expendable.

In May, George Floyd was murdered by police in Minneapolis, inspiring protests across and beyond the US, the demand that Black Lives Matter compounded by the ubiquitous fact that black and brown people are more severely affected by COVID-19. As fatuous as it might sound to state in earnest, state it I will: the world is not a home for everyone, everyone is not at home in the world; housing is a public health issue, homelessness on the basis of race, gender, and economic circumstances is mass murder. And that’s to say nothing of the ways that capital has destroyed the homes of so many of our co-inhabitants on Earth, has rendered the planet unliveable, its resources spent or lethal.

But people do try to build homes together; to create and sustain communities and mutual aid networks; to live in ways that centre kinship, care, and commons, rather than individualism, exploitation, and private property. These kinds of homes exist materially and immaterially, have always existed, even if you can’t see them or believe they’re possible, even though they are always under threat. They exist in places that are illegible or expendable according to capital’s terms, because people make homes for each other and in each other, because we must.

Home, house, household, and homelessness are not metaphors, but they do mean differently for different people, historically speaking and under the current conditions. I’ve learned a great deal from Fred Moten and Stefano Harney’s The Undercommons: Fugitive Planning and Black Study (2013), which situates homelessness in the history of slavery and the experiences of those people who were forcibly removed from their homes, sent down to the hold, unable not to touch or be touched, unable not to move or be moved. 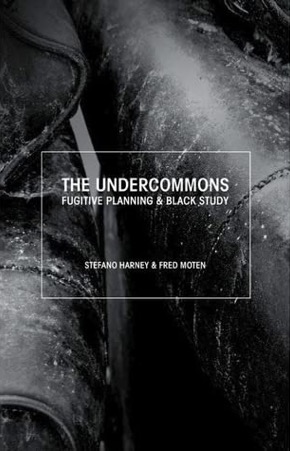 In an interview at the end of the book, Moten expands:

Homelessness is hard, no doubt about it. But, home is harder. And it’s harder on you, and it’s harder on every-goddamn-body else too. I ain’t so concerned, necessarily, about the travails of the settler. The horrible difficulties that the settler imposes upon himself are not my first concern, though in the end they are a real thing. It’s the general ‘imposition of severalty,’ to use Theodore Roosevelt’s evil terms, that I’m trying to think about and undermine. He knew that possessive individualism – that the self-possessed individual, was as dangerous to Native Americans as a pox-infested blanket. Civilisation, or more precisely civil society, with all its transformative hostility, was mobilized in the service of extinction, of disappearance. The shit is genocidal. Fuck a home in this world, if you think you have one.

Here are a few things that came out during the lockdown that express the messed up ways in which capital renders people homeless in the world, from writers, artists, and activists who refuse to feel at home in anything other than homes that people make for each other and in each other.

There Will Always Be Nights Like This (Cipher Press, 2020), edited and published by Ellis K. and Jenn Thompson, is an anthology of stories, essays, and poems by queer writers reflecting on the ‘spaces, interactions, and art we miss when our worlds are suddenly put on hold’. 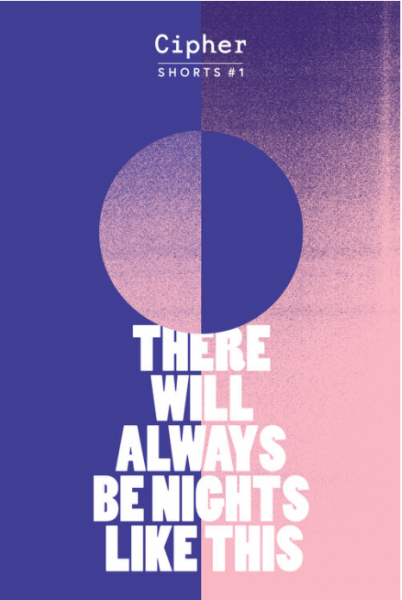 Isabel Waidner writes fan fiction about a currently-on-hold queer reading series at the ICA; Mads Hartley mourns how much intensity and intimacy has been lost with the closure of nightclubs; Saurabh Sharma correlates the nationwide lockdown in India with the militarised lockdown in Kashmir several months prior. Healing touches and skin hunger permeate these writings in ways that make my fingertips prickle as I turn the pages. All profits from this pamphlet go towards The Outside Project, the UK’s first LGBTQI+ homeless shelter and crisis centre.

Owed to Perpetual Healing (June 2020) is a soundwork by artist and musician Hannah Catherine Jones (aka Foxy Moron) for The Contemporary Journal. Jones begins with a list of questions addressed to the listener:

Are you grieving touch in all its forms: the gentle togetherness of an exercise class, a rehearsal, a gig, a club… Are you exhausted by the news? Are you exhausted because you have never had to think about your part in white supremacy, perhaps at all, and certainly never as intensely as now?

Jones recites a list of names of black people murdered by police, state violence, and war – a list that belies the truth of white supremacy, that black lives do not matter. Stating that ‘perhaps the thing I miss the most about the pre-pandemic world is the communal absorption and production of the most healing entity we have – MUSIC’, Jones goes on to offer a playlist tuned to the frequency of 432Hz featuring Alice Coltrane, Kanye West, Luxolo Gospel Choir, Vivaldi, and more.

Octavia’s Parables is a serial podcast hosted by Toshi Reagon and adrienne maree brown, in which the hosts invite listeners to join their reading group on Octavia E. Butler’s sci-fi novels Parable of the Sower and Parable of the Talents. Reagon and brown begin each episode by reading a verse from Earthseed, a religion created by the protagonist Lauren Oya Olamina, and go on to discuss the events of the novels in relation to the pandemic, social injustice, and their reflections on community, movement building, and love.

Reagon wrote an opera and piece of political theatre based on the novels, and each episode also features original music, opening with a soaring rendition from Earthseed:

All that you touch

All that you Change

The only lasting truth

I’d also like to recommend Benjamin Cusden’s poetry pamphlet Cut the Black Rabbit (Against the Grain, 2020); the recent online programming of queer/PoC/feminist filmmaking by F(r)ictions; and Revolution is Not a One-Time Event, a series of panel discussions on abolition feminist organised by Silver Press. And I’ll end with a plea to support the small presses and independent programmers who do so much to make work accessible, to make life liveable, and to make change manifest.

Nisha Ramayya is a poet and Lecturer in Creative Writing at Queen Mary University of London. Her book, States of the Body Produced by Love, was published by Ignota (2019). 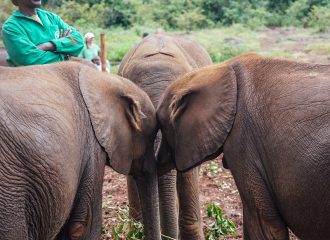 There's Something About Elephants

We cross continents for our latest 'Lockdown Fantasy', as Viv Graveson imagines herself back to the very best kind of solitude with a herd of orphaned Kenyan elephants. 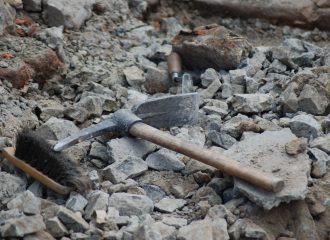 A new 'Lockdown Fantasy' from novelist and historian Mary Chamberlain, who muses on the ups and downs of creativity and imagination during the pandemic and beyond. 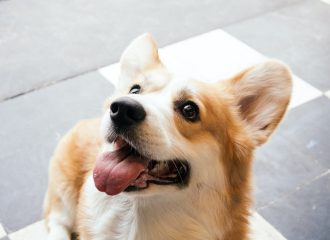 To My Adorable, Defiant, But Entirely Imaginary, Corgi

Our postdoctoral researcher James Morland writes about family, longing, and the dreamiest of dream dogs for the second post in our 'Lockdown Fantasies' blog series.
View all