I’ve been watching orphaned Kenyan elephants via a video link. They’re in the silky depths of the Kibwezi Forest in Chyulu National Park.  I know some of them, know their names, though not, sadly which is which, except for Alamaya, who lost his tail and genitals to a hyena when he was only months old.  Seeing the video, I’ve been reminded of when I was there in person – well, not in the depths of the forest, because the tsetse fly is too much of a threat, but in a clearing where it was safer – and there was nothing between the orphaned babies and me. 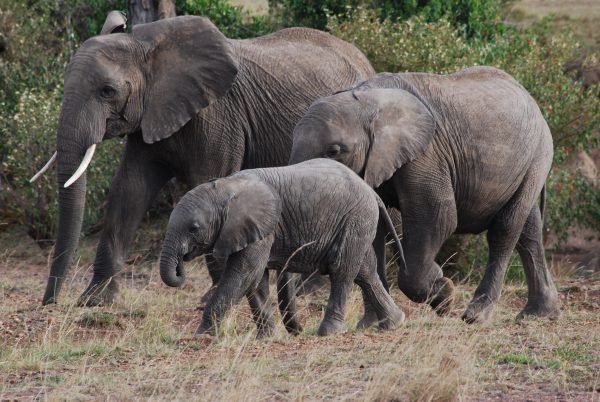 I stood beside them, walked with them, reached up to fondle their ears and stroke the wrinkled skin of their trunks. You wouldn’t expect it, but elephant hide is soft, tender. It hurts them when tics bite, when thorns catch. Now, in lockdown England, I think of this.  I want to be there, I want to look after them, be an elephant keeper, help them reintegrate into the wild.

I close my eyes, imagine I’m in Kenya. I sense a sudden flick of the elephants’ ears, a raising of heads; clearly something is being communicated way below the frequency that I as a mere human can pick up. The air of quiet excitement grows and there’s a shifting and moving about, as one of the Kenyan keepers guides me gently out of harm’s way. When I look up, I see that a wild herd is approaching. There are perhaps fifteen animals – of varying sizes – ambling towards us. They have an air of quiet purpose and I feel a flicker of fear, of realisation that these are indeed wild, are indeed powerful, and could crush us all in moments. But the keepers stand their ground, one lets out a whistle, calls out some words in Swahili and the herd slows as they greet the calves who are now wandering, cautiously for sure, over to greet them. The elephants mingle and rumble. They touch one another, raise their trunks into the air and rest them on the back, or the head, of their neighbour. The air is redolent with their scent, and its fabulous. There are more animals approaching, and just across to the side, a large bull. I draw in a breath. 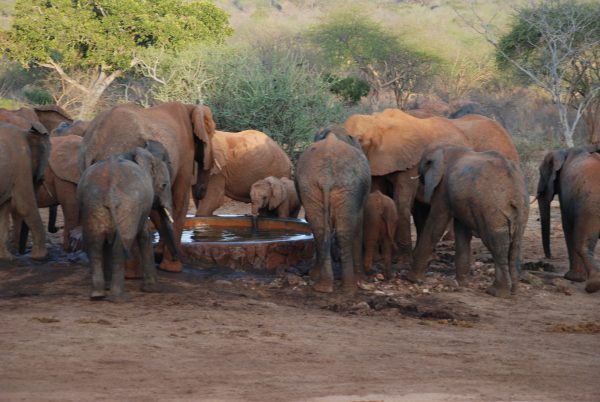 It’s where I want to be. Out in the open, in the sun-soaked dusty heat, where COVID-19, and the misery accompanying it, belongs to a different world, one that doesn’t exist, has never existed, and where being quiet, listening to the forest sounds, smelling its smells, is a matter of choice.

I think of my very first encounter. South Africa that time, lying under canvas, woken by something, aware of something. It was the smell that hit me first. Sweet but chthonic, a strange mixture of charcoal and forest and the dark hot stink of bodies. It filled the air. I could hear them eating, the hard crackle of foliage as branches were torn from the trees surrounding the tent. But no footsteps – you rarely hear footsteps when elephants are near. These great, sometimes lumbering, animals, can be light-footed as cats. I lay terrified, transfixed, spellbound.

These elephants aren’t as young as those I’ve seen in the Sheldrick Wildlife Trust’s Nairobi nursery, those sweet black-eyed babies, with their long eyelashes and huge ears, their funny unwieldy trunks. These at the trust’s Umani Springs integration unit are older, and no longer milk dependent, able to search for food in the rich vegetation around them. It’s a skill they’ve been taught, not just by their elders and betters, the more experienced members of the makeshift herd that’s become their security, but by their keepers too, who in all but name, are mothers and fathers to them now, guiding them through the forest, showing them, this is how you do it, this way. 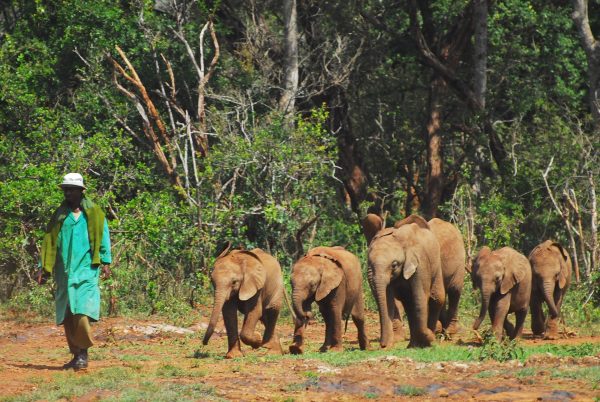 For this is their family, here in the midst of the pandemic, where the devoted men who care for them know them as well as, perhaps even better than their own sons and daughters. They can spot the troubled ones, the lively ones, the budding matriarchs. The elephants – so intelligent and aware and sociable – have pasts beyond imagining, each one with a history of such loneliness and loss, that only the most terrible human story can match it. Mothers killed by poachers as the babies watched; or their legs and trunks trapped in snares so cruel and deep that, had no help happened along, they would have died that way; or, as Alamaya was, attacked by hyenas, robbed of precious organs, the animals biting into his flesh for food.

Now the elephants are cared for. Loved. When they’re babies, the Sheldrick keepers sleep with them and feed them milk on demand. When they’re three or four years old, they’re driven in huge trucks along the Mombasa Highway to the reintegration units in eastern Kenya and taken out all day into the bush, to explore, to learn to feed and protect themselves, to meet the native herds. In time, all but the most traumatised of the elephants will join these herds and become wild themselves. To walk with them, meet them as the sun rises at 6am and watch them greet the day is an extraordinary thing. A small group of us, my husband included, should have been with them last year but of course we couldn’t go. Now we wonder about this year because, despite the vaccinations, the cases of coronavirus still grow, and everywhere, especially in countries not as rich and privileged as ours, the world is vulnerable, stricken.

There’s something about elephants. They’re sublimely different, and yet weirdly reassuring. Dangerous and beautiful. 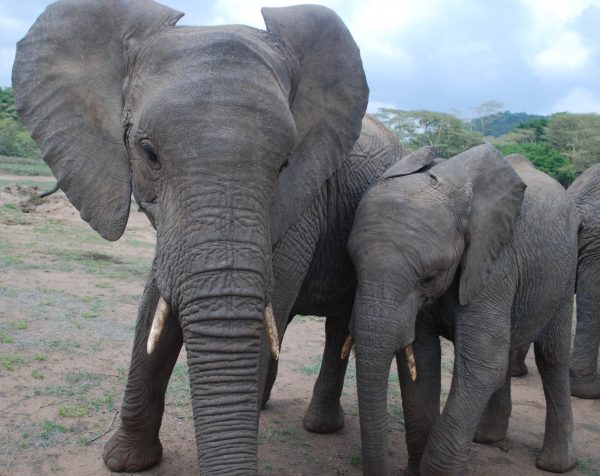 When I’m with them, it’s the very best kind of solitude, one where no other human is relevant, and yet one doesn’t feel alone. Of course there are keepers about, checking you won’t be trampled on, or knocked flying by a wayward trunk. And you have to be careful, look about as much as possible, be sensitive to shifts in movement and mood. But it’s an experience undiluted by anything beyond itself. It’s the sort of feeling – but magnified a thousand times – that you get when the wind whips at your hair on a hillside, or in the midst of a storm, or staring out at an angry sea. You are there. And nowhere else.

And yet the thing that moves me most, especially now when I long to hug my son, whose father has recently died, and my grandsons, who are in Athens and London, and whom I cannot hold until the COVID-19 restrictions are lifted, is the way elephants rely on and need family. How they touch and comfort and protect. How they come together to grieve and to celebrate: a luxury – and a necessity – that seems extraordinarily human and yet, for us, is still painfully out of reach.

Elephants remind me of what’s possible, and they give me hope. Despite what they’ve been through, the orphans are happy and playful. They treat their rare human visitors with gentleness and a quiet curious interest. I have had six-month-olds lift their trunk to my face to greet me, eight-year-olds that eat from my hands, curling the soft lip of their trunks to pick up the seeds held in my palm. Alamaya fell asleep with his head against the stockade gate where I stood stroking his grey crinkled brow.

Last year’s delayed trip to see him, and to see Mwashoti and Musiera and Sapalan, as well as all the others who are learning to find their way in the wilds of Kenya, is now scheduled for September. It’s unlikely to happen.

But I shall dream, imagine, fantasise.

Viv Graveson is a former journalist and teacher of English and philosophy of religion. She is now a writer.

You can find out more about supporting the orphaned elephants by visiting the Sheldrick Wildlife Trust website.